Paspalis is pioneering efforts to develop the Australian venture industry, innovation and start-ups in the Northern Territory. Paspalis Innovation Investment Fund No 3 is open. 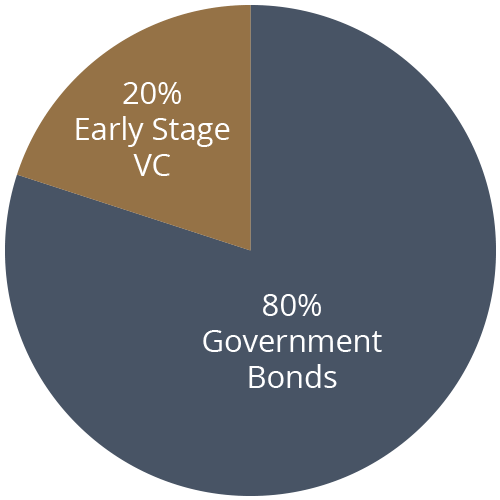 The Trustee and manager of the Fund is Paspalis Financial Services Pty Ltd.

Harley Paroulakis is the Managing Director and CEO of Paspalis Financial Services Pty Ltd and Founder of the Darwin Innovation Hub.

Harley’s experience includes incubator development and management, innovation investment and commercial property. In 2017, the Darwin Innovation Hub was awarded the right to deliver the Federal Incubator Support Program for Northern Australia. The Darwin Innovation Hub is a partnership between Paspalis, the Northern Territory Government and Charles Darwin University and will focus on 2-way innovation and investment opportunities between the Asia Pacific and Northern Australia. Paspalis, and its related entities, has operated as an investment manager in Australia for over 15 years. This includes nearly 20 years’ experience in asset management of the Paspalis Group’s businesses, investments and commercial property portfolio as well as other specialised corporate initiatives.

Harley was made the first NT State conveyor for the Australian Venture Capital Association Ltd in 2001 and has held senior executive positions with the Foundation Capital Innovation Investment Fund and Merrill Lynch, Singapore.

Objectives of the Fund

The objective of the Fund is to provide a return to investors of between 1.0% and 5.0% per annum (after fees and costs but before tax) while supporting innovation and early-stage ventures which are conducted in, associated with, and provide an economic advantage to the Northern Territory.

The Fund will look to invest in Australian companies seeking growth in the Asia Pacific region and Asia Pacific companies looking to relocate to Australia where those companies are involved in ventures that provide an economic advantage to the Northern Territory. Key offshore markets of interest include China, Singapore, Israel, Germany and the United States where Austrade has established Landing Pads for Australian growth companies.

To subscribe for Units in the Fund each prospective investor will need to read the Information Memorandum and complete an Application Form.

Disclaimer: This web page and downloadable flyers are provided to you for information purposes only. It does not constitute an offer or invitation to purchase or subscribe for interests in the Fund. Any financial product advice given is of a general nature only. The information has been provided without taking into account the investment objective, financial situation or needs of any particular investor. Therefore, before acting on the information contained in this flyer you should seek professional advice and consider whether the information is appropriate in light of your objectives, financial situation and needs. There is no guarantee of the performance of the Fund, the repayment of any capital or any rate of return. Any statements of intent and opinion and forward looking statements are subject to a range of factors and may or may not be realised or be accurate. Investing in any financial product is subject to investment risk including possible loss. The information on this web page is based on information provided that may not have been verified. We believe that the information is reliable but do not guarantee its accuracy or completeness.  This information is only intended for the persons to whom it is given and who qualify as ‘wholesale clients’ under section 761G(7) of the Corporations Act 2001 (Cth). The trustee and manager of the Fund is Paspalis Financial Services Pty Ltd ACN  645 544 501 AFSL No. 527915.